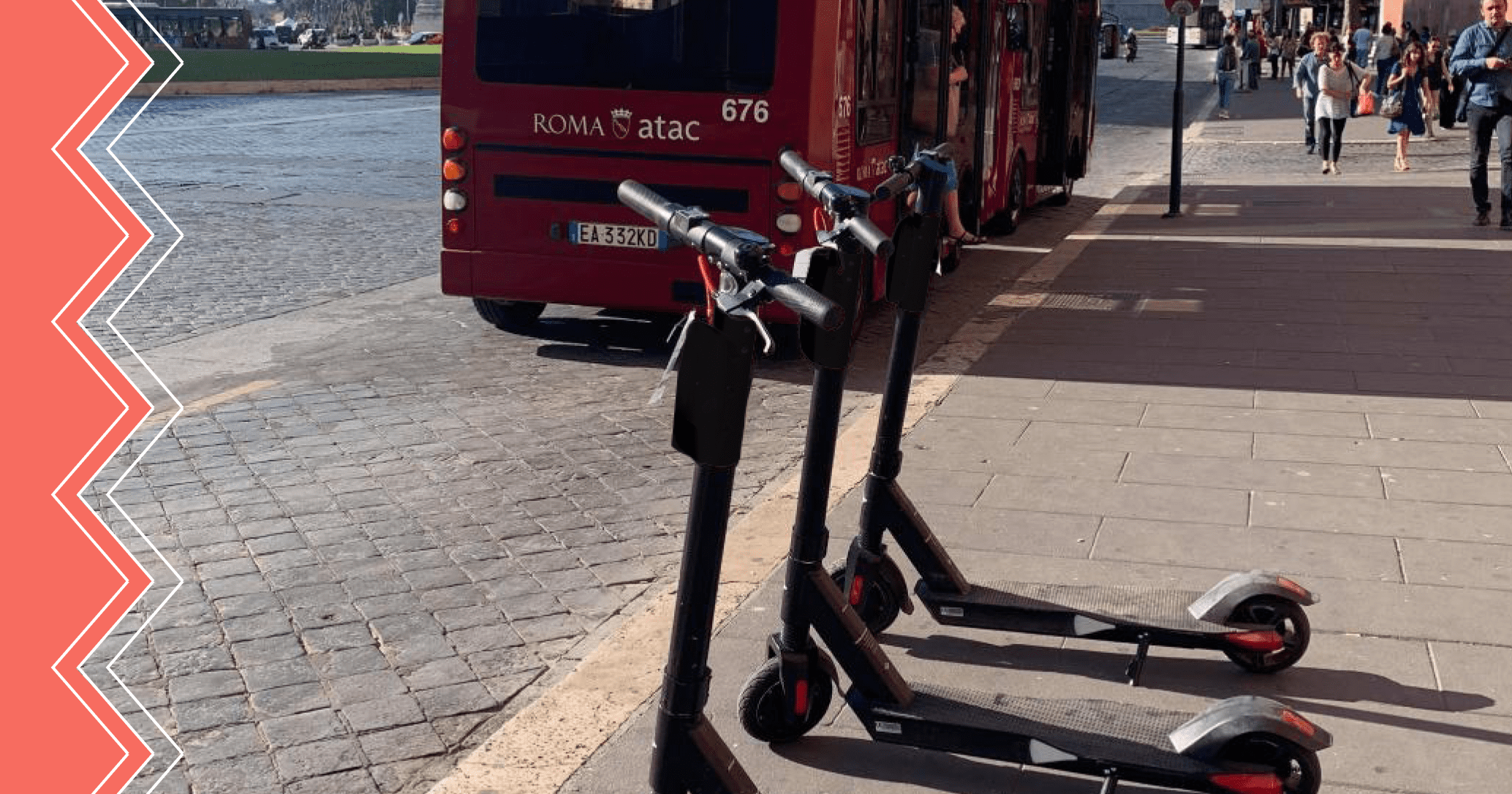 3 ways micromobility services can have a social impact on cities

We talk a lot about how operating a micromobility service is good for business and the environment, but there are also social connectivity and equity elements that are just as important to highlight. As shared e-scooters inch toward 500 million global rides in 2021 and metropolitan areas continue to embrace micromobility as a sustainable option in our post-pandemic world, it’s essential to ask how these vehicles can be used to better the lives of city dwellers in the long run and in all neighborhoods. And thanks to ongoing academic research, we have some answers.

In turning to two seasoned urban studies researchers—Dr. Deirdre Oakley at Georgia State University’s Micromobility Lab and Dr. Xilei Zhao from The University of Florida’s Transportation Institute—these are the three main ways scooters and bikes can be used to frame public policies and better the social side of cities.

How can electric scooters and bikes be used to enhance transit accessibility? It’s an area of research that’s preoccupied Dr. Zhao for the past two years. She believes the long-term viability of the micromobility market relies on the connectivity between two-wheelers and public transit.

“We already know that the average trip distance for micromobility vehicles is below two miles and the average trip duration is below 20 minutes,” Dr. Zhao says. “Connecting directly to public transit is the most potential area for micromobility, since it will allow people to go further without relying on cars. And with bundled MaaS pricing options, there is a lot of incentive and potential.”

Evaluations of e-scooter pilot programs have shown that many travelers already use e-scooters to connect to transit. For instance, 34% of survey respondents in San Francisco and 18% of e-scooter riders in Arlington, Virginia, respectively reported using e-scooters to get to or from public transit, according to 2019 numbers.

Dr. Oakley emphasizes that connectivity can relate to work commutes as well as businesses and new neighborhoods that wouldn’t otherwise be reachable. “We have to stop thinking about transit as linear connectivity, and see it more like a web,” Dr. Oakley says. “As long as the price to access a scooter or bike remains low, there are minimal barriers. For e-scooter rentals, prices are now in package deals and are discounted in low-income programs.”

She adds that technology has to evolve with the potential for social reach. For example, micromobility software can overcome payment barriers by allowing those without credit cards to play by alternative methods. This is a functionality that can be offered by Joyride through our recently announced platform integration with Apaya.

The abundance of services provided by data-sharing companies like Populus also help transit authorities map out the potential for more micromobility integrations. The more transit agencies are inclined to work alongside mobility tech providers and operators, the likelihood of a successfully interconnected system increases.

According to a March 2021 research study conducted by Dr. Zhao, e-scooters were found to complement bikesharing and transit by providing services to underserved neighborhoods. Micromobility services can promote accessibility for people living in areas with fewer travel options.

As an urban sociologist in a southern city like Atlanta, Dr. Oakley has seen first-hand how low-income neighborhoods don’t have equal infrastructure to more gentrified areas. “It’s changing now, but when our research started in 2019, scooter companies were not dropping their vehicles equitably, even though they were supposed to,” says Dr. Oakley. “It wasn’t about discrimination, it was about liability. The roads were not taken care of. My role is to look at how we fix inequitable infrastructures so vehicles are equally accessed from the onset.”

Dr. Oakley says the ongoing challenge relates to infrastructure. “There are more bike lanes popping up but they’re not in the lower income neighborhood unless they’re gentrifying. They put the bike lanes where the bikers are, so it’s a chicken-and-egg argument,” she says. “Until recently, low-income neighborhoods had more parking lots than green space in Atlanta. Change is happening, and dedicated bike lanes and green spaces are leading the way.”

According to Dr. Zhao, many cities already have strong equity policies already in place. Washington, D.C. and Baltimore regulate companies to put a percentage of their fleets in lower income neighborhoods. High discounts are also offered for rentals, which have a lot of potential to serve these communities. “But these programs are not well-marketed, so next steps are for cities to encourage people to use these modes and for companies to better promote this, too,” Dr. Zhao says.

All benefits aside, let’s not forget that scooters and bikes are fun—and healthy—to use.

“It’s back in full force right now. With e-scooter, bike and e-bike usage rising during the pandemic, people have seen how it effectively cuts down on traffic congestion and helps people transport themselves on carless streets,” Dr. Oakley says. “They promote exercise and fresh air—not to mention local businesses.” A 2021 survey of 43 member cities of the National Association of City Transportation Officials (NACTO) found that 22 were planning to make COVID traffic changes permanent, while 16 more were considering it.

Micromobility businesses aren’t the only ones to gain from this. Recent data from local review platform Yelp found that  car-free areas have seen more consumer interest (based on the amount of views, posted photos and user reviews on Yelp listings) when their streets were strictly limited to pedestrians and cyclists. Meanwhile, a Climate Change Committee 2020 report found that benefits of introducing carless streets and cycling programs include an increase in life expectancy of around seven to nine months for residents, as well as improved air quality.

The Future of Micromobility Services Starts with Joyride

Dr. Oakley isn’t alone in believing that many people who adopted micromobility usage as a short-term solution during the pandemic will not be quick to switch back to their old car-fueled habits. So where do we go from here?

It’s clear there’s an ongoing need for policy guidelines and measures to ensure that micromobility can fit into a city’s transportation ecosystem. It’s also apparent that technology has a powerful role to play in making micromobilty’s integration into personal and city life as smooth as possible for end-users, city planners and mobility operators.

As the market’s first micromobility software platform, we’ve spent years building up third-party integrations designed to work in tandem with transit institutions. Find out more by contacting us for a deeper discussion and demo of our solutions. 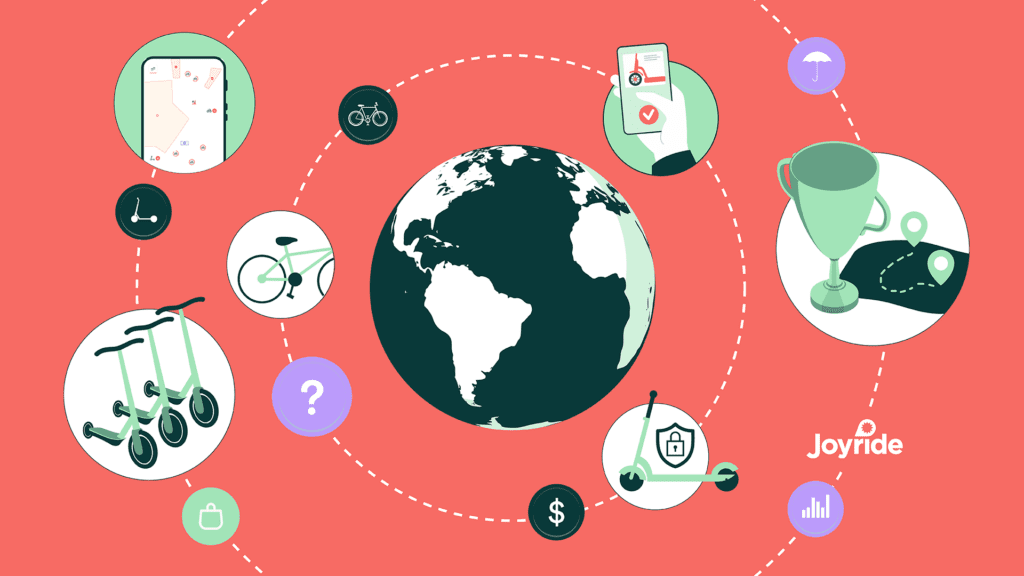