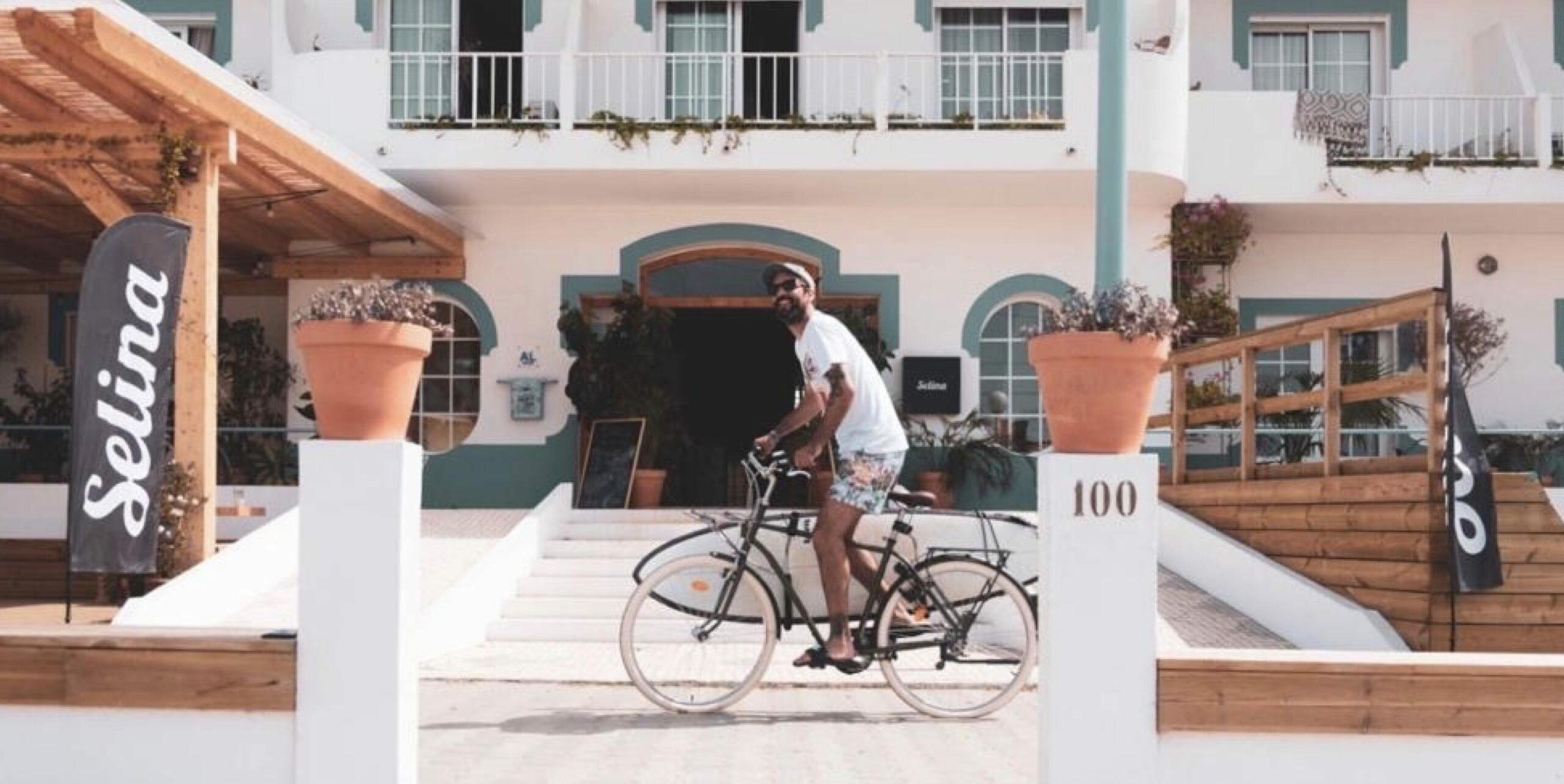 How entrepreneurs are riding a bike-sharing wave in Portugal

For Jose Maria Abecasis Soares and Caroline Snitcovski, the concept of going with the flow has taken on a whole new meaning.

As the co-founders of FLOWBikes in Portugal, they’re keeping pace with a recent bike surge (both in usage and manufacturing) that’s occurring in their home country. Launched last month in the resort towns of Milfontes and Peniche, FLOWBikes vehicles are rented under a B2B/B2C model through an exclusive partnership with the Selina hotel chain. Despite travel restrictions and a softer tourism season than anticipated, Flow has quickly managed to capture a growing fervor for easily accessible micromobility options.

A landscape ready to ride

Earlier this summer, Lisbon announced plans to remove car parking spaces and replace them with al fresco restaurants. The Portuguese capital also lowered speed limits to 18 mph across the city, and at the same time expanded its growing bike path network with more than 30 miles of pop-up cycleways. Lisbon’s own bike-sharing scheme is positioned to nearly triple in size this year to more than 2,250 bikes. The country has also implemented a €3 million mobility fund to subsidize bicycle purchases, where citizens can receive €100 vouchers to buy standard bicycles, €350 for e-bikes and up to €500 for cargo bikes.

There’s even more happening behind the scenes. Portugal is now the top producer of bikes in the European Union, with 2.7 million two-wheelers produced last year. Together with Italy, Germany, Poland and the Netherlands, Portugal accounted for 70% of the bikes made worldwide in 2019.

A country that’s putting bikes at the forefront is a huge benefit when launching a shared mobility system, and so is a background in urban mobility technology. “We were inspired to start our own bike-sharing network after I worked at Noa Technologies, where I focused on IoT and fleet logistics,” says Snitcovski. “Jose and I wanted to bring something to life together that could be affiliated through his ongoing work with Selina hotels. After I left Noa in March, we sourced vehicles for our fleet, established an agreement with Selina and selected Joyride to serve as our software platform.”

And then the world fell out of motion. As the COVID-19 pandemic quickly overturned the economy in Portugal and its international tourism industry, Snitcovski and Soares continued with their plans to launch FLOWBikes in July. Supporting their decision was the long-term faith in Portugal’s tourism sector, which typically contributes 16% to the country’s GDP, as well as the significant surge in bike manufacturing taking place in their own backyard.

“Actually, the main bottleneck to starting our business was securing enough vehicles, since everyone in the world decided to buy a bike once COVID-19 happened,” says Soares. Even though Portugal is a top bicycle producer, Flow opted to go with Decathlon’s Elops bikes with AXA bike lock IoT connectivity. “The large demand just showed us why launching a shared fleet is so relevant and timely right now.”

Finding a model and software that work

The duo’s choice to sync with a hotel chain has proven to be a recession-proof one. “The hotel model has a great advantage since it lets you tap into a demand that’s already there,” says Soares. “Tourists know that when they’re on holiday they can experience new areas in an unparalleled way while on a bike.”

FLOWBikes users are also experiencing their cities through tailored promotions. For example, FLOW is currently offering free trips to first-time riders after they download Joyride’s white-label user app, which is branded as “Selina by Flow Bikes.”

“We’re finding this is a good way to get people familiar with our app, and it’s helping us gain useful statistics,” says Soares. “The Joyride platform is perfect for what we are doing right now, and for the hotels it makes the renting process so seamless. Everything is virtual; there are no front reception logistics involved.”

The majority of FLOW’s app downloads are coming directly from tourists staying at the hotels, but the Selina chain also attracts a number of local residents who use the facility as a shared work space. “Selina hotels attract a type of digital nomad who can surf in the morning and then hunker down in the hotel’s co-working space,” says Soares. “So it’s a conducive environment to a quarantine period.”

Portugal as a whole is also learning how to be more resilient when it comes to its transportation mindset. “The traditional Portuguese mentality hasn’t always been in favor of eco mobility, but our country has changed a lot over the last five years,” Soares says. “It’s an international hub with people moving in from other countries, and newcomers are bringing sustainable mobility practices and raising awareness. That’s why we’re seeing more cycling on our streets and more government intervention that supports it.”

To learn more about how Joyride’s fleet-management platform is supporting shared mobility systems like FLOWBikes, reach out to our sales team for a demo today. 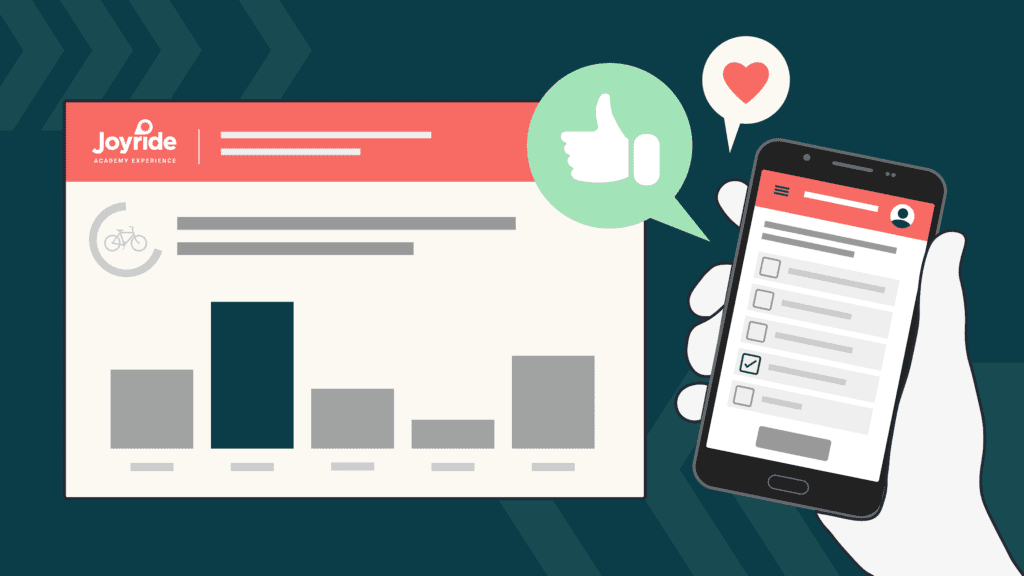 We collected live feedback and data from global micromobility operators to understand the most current industry wins and woes. Read on for our top five market insights.

Your micromobility company needs a steady set of hands behind the wheel to ultimately be successful. Read our list of five traits shared among the world’s leading operators so you can learn from the best in the biz.