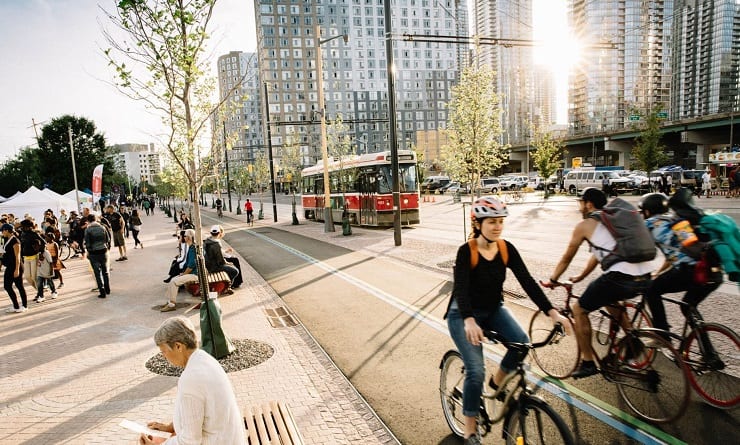 Trends in shared mobility vehicles: Your hardware checklist for 2023

Safe Ride: Joyride has your e-scooter Reaction Test down to a science

Beyond Bird’s financials: Why shared mobility is still flying high

Anyone who still doubts the role of city officials in micromobility’s rapid evolvement should perhaps watch a suited politician take a scooter ride across a conference showroom floor. We had the opportunity to do just that at this week’s NACTO Designing Cities conference in Toronto, which brought together 900 transportation experts, micomobility innovators and policy makers (including Toronto City Councillor James Pasternak, who capped off his panel discussion on city planning by taking a Joyride with us). Like James, cities want to move forward. And they’re embracing micromobility at an unprecedented rate, which means urban considerations are an absolute must for any fleet operator.

Here are four takeaways from this week’s event that can help shape where, when and how to get yourself set up in any downtown:

Not all cities are created equal

A recurring theme throughout Designing Cities panel discussions was that regulations, budgets, operator quotas and community interests vary greatly between North American cities. Municipal officials from Baltimore and Washington, D.C., for example, revealed very different guidelines despite their cities being only 35 miles apart. Baltimore maximum vehicle quotas range from 1,000 to 2,000 per applicant (and e-scooters can reach a speed maximum of 15 miles/hour), while D.C. permits allow for 600 vehicles (bike or scooter) with quarterly performance increases of up to 300 more. D.C. also only allows 10 miles/hour speed limits for e-scooters. For some perspective, L.A. permits 3,000 micromobility vehicles per applicant. So it’s imperative that fleet operators have city-agnostic software in place that allows them to toggle seamlessly between distinct districts. This also keeps regulators happy and users in check.

The idea of equalizing the micromobility landscape also extends to operators’ own work forces. Don’t be surprised if city officials start requiring more inclusive hiring ratios and mandating equitable ridership to low-income populations. In Chicago, vendors are encouraged to have specific contracting goals for minority and women-owned businesses, while in Baltimore vendors must have a low-income plan in place when applying for permits. Washington, D.C. goes one step further by requiring operators to waive vehicle deposit fees and offer unlimited trips under 30 minutes to low-income customers. Cash and non-smartphone payment options are required in D.C., too. Officials are also going to be asking more from fleet operators when it comes to reaching riders and non-riders. Best practices may include having operators develop outreach and education campaigns (specifically aimed at pedestrians, people with disabilities and older adults) to promote city-led initiatives.

More than 38 million e-scooter trips were taken last year in the US alone. In addition to competitive bidding processes and RFPs, cities are increasingly using short-term pilot programs and time-specific permits to test (and control) potential fleet operators. Cities need and want to work with multiple companies – it allows them to see who they can trust and want to work with for the long term – but the pilot’s purpose is equally meant to change local perceptions. In Hoboken, New Jersey, for example, more than 400,000 scooter rides have been taken since the city’s pilot project launched in May. In fact, more rides have been taken to date than the entire population of Hoboken (which hovers at 60,000). The city’s established ride-share revenue agreements will now help fund further infrastructure plans for scooters. According to Hoboken stats, about 25% of scooter users say they prefer to use a scooter to a vehicle when making a trip. In Denver, there are currently 6,700 average rides per day in the city’s initial scooter share system, which was introduced last May, and more than 60,000 scooter rides are taken per week in Baltimore since the city went dockless just last month.

As a MaaS software provider, we never underestimate the importance of mining data. Cities are no different. Government officials are motivated to properly regulate and watch bike and scooter trip data in their jurisdictions in order to inform permit compliance and planning regulations. They want scooter operators to have proper geo-fencing capabilities and strict speed limits in place (and followed). Joyride software allows customers to comply with many data standard including the most common; Mobility Data Specification (MDS) and General Bikeshare Feed (GBFS) regulations. It also provides an accurate picture of trip length, route and duration as part of our proprietary Dashboard. Partnering companies such as Populus and Remix, meanwhile, take our real-time data collection and provide analysis specifically for city officials. While a fair amount of data collection is being done, not enough action is coming from it. We know where people are riding, how they’re accessing mobility and the various infrastructures in place to make people safer – but cities are constantly asking for more. And don’t be surprised if they start penalizing companies more frequently for under or over-representing number of units in service. In sum, progress (in the form of more bike lanes, for example) isn’t in line with how fast the micromobility sect is growing just yet.

Put safety first and you’ll be top of mind

City officials are quick to cite safety as being a leading barrier to mass scooter adoption. In Washington, D.C., for example, city planners have launched a hardware checklist that’s reviewed every month in accordance with scooter operators/manufacturers. Personal insurance, however, is trickier to control. Planners suggest scooter operators tie in access to personal insurance with their ride plans in order to set themselves apart from competitors – it can be as simple as asking customers to register for liability coverage before hopping on board. Or providing helmets at the point of sale would serve to push city safety mandates forward while also setting you apart from the competition. Plus, at the end of the day, you want public perception moving in the right direction…that is your gateway to mass adoption, after all.

As for what cities themselves can do on the safety front, the only way to remove congestion is by removing cars entirely, at least according to Toronto City Councillor Kristyn Wong-Tam. That’s obviously not going to happen – but what is coming to Toronto’s downtown is a population that’s expected to double by 2040, meaning 500,000 people will be living in 3% of the city’s land area. Shifts are already underway, but Wong-Tam says the city needs more investments in transit, wider sidewalks and more designated bike lanes. Toronto can take a page from San Francisco, which recently added a protected bike lane on Turk Street that has resulted in a 287% ridership increase during peak morning and evening commutes.

For more information on how Joyride can make your fleet fly with city planners, contact our sales team to request a demo today. 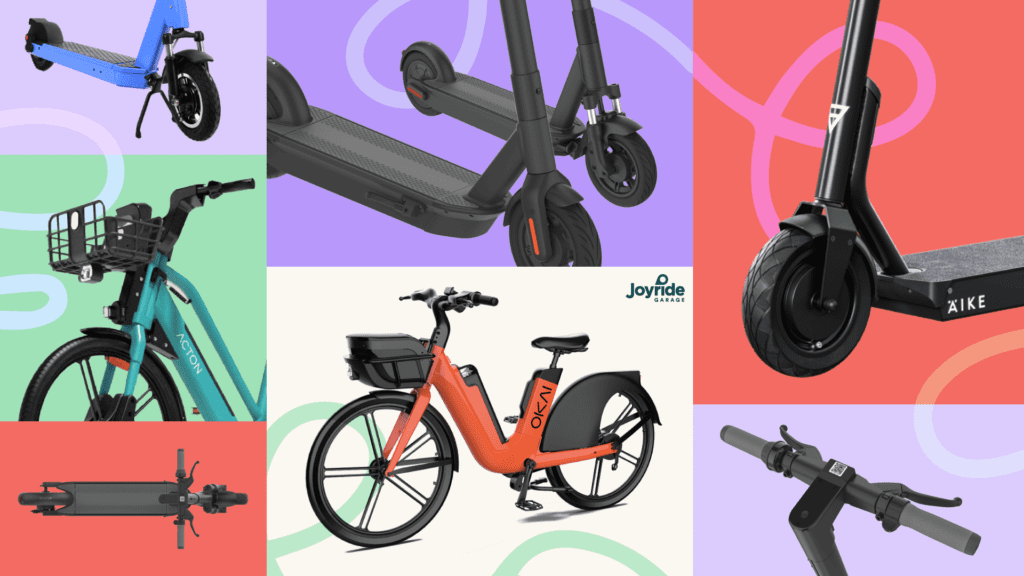 Trends in shared mobility vehicles: Your hardware checklist for 2023

Selecting your shared mobility vehicles can be overwhelming. Find the current hardware trends and must-haves—all ready to purchase at our Joyride Garage shop. 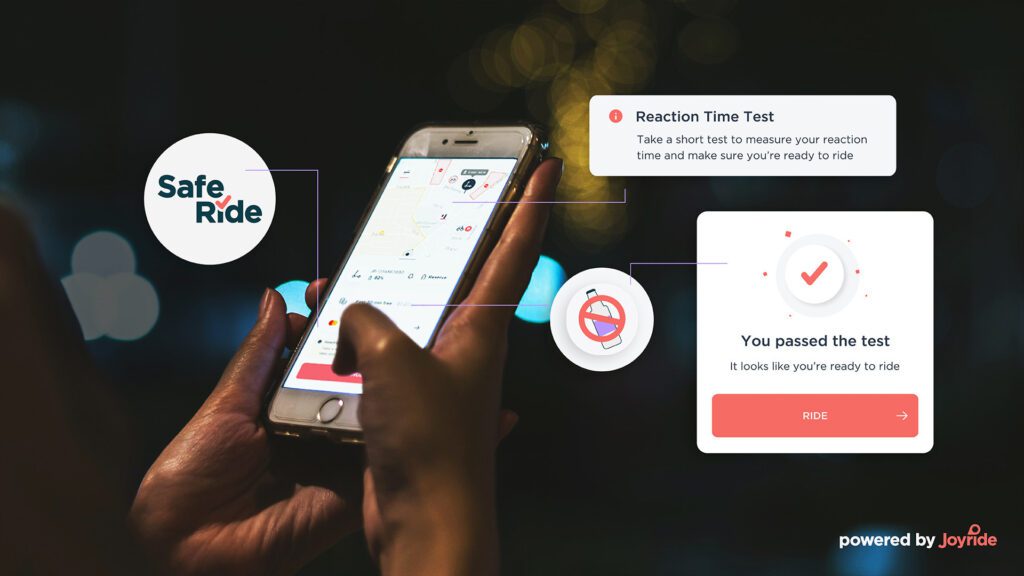 Safe Ride: Joyride has your e-scooter Reaction Test down to a science

Taking a DUI Reaction Test before riding keeps everyone safe, but not all tools are created equal. Introducing the most reliable, scientific in-app experience to hit the street.

Beyond Bird’s financials: Why shared mobility is still flying high

While e-scooter giant Bird experiences market exits and financial woes, interest in micromobility has far from flown the coop. See four reasons why the industry is as ripe as ever with opportunities.

Want to build a profitable scooter or bike share system?

Joyride Academy has the knowledge you need to Join the fast lane. 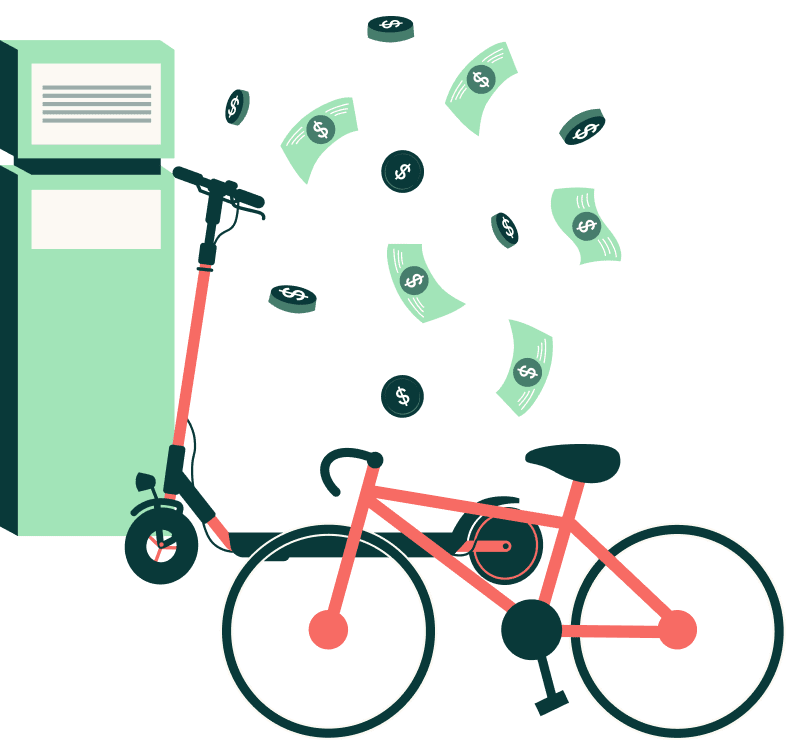